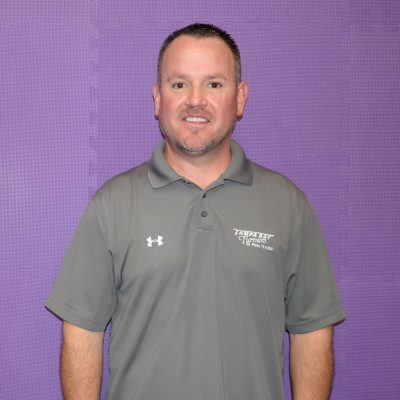 Brad Harris is the head-coach and owner of Tampa Bay Turners Gymnastics and Swimming in St. Petersburg, Florida. As the Head Coach of TBT, Brad has become well known both regionally and nationally for qualifying over 200 athletes to the J.O. National Championships since 1993, including numerous Regional and National Champions. In addition, Brad has been the coach of 8 Junior Olympic National Team Members, 4 athletes with original skills named after them and 20 scholarship recipients – 4 of which went on to become NCAA All-Americans. Brad has been a very involved clinician at events such as Region 4, 6, 7 & 8 Congress, GAT & the 2000 – present National Congress. He has also been published in USA Gymnastics magazine and has had several of his previous lectures recorded for the US Elite Coaches Association video club. Among all of that, Brad is also highly honored and recognized as the current Region 8 Junior Olympic Committee Chairman and has been named the 2011 USAG State, Regional and National coach of the year. Further Accolades: – USA Gymnastics competitor from 1983-1988 – Began coaching high level gymnastics in 1989 – Recognized as a gymnastics expert, Brad has presented at the USA Gymnastics National Convention every year since 2000 where over 2,000 gymnastics professionals attend every year. – Represents USA Gymnastics as the Junior Olympic Program Committee Chairman for the Southeast of the United States for Levels 1-10. – Member of the Region 8 Hall of Fame – 2011 USAG State, Regional and National Coach of the year.

Colleen Barger was born and raised in St. Petersburg, began ballet at age 3 and gymnastics at age 8. Since then gymnastics has been a part of her life and is now a business partner with her husband, Brad Harris, owning Tampa Bay Turners Gymnastics and Swimming. Thanks to all of the supportive families, TBT has grown into a very reputable team and successful business. She coaches multiple levels on balance beam as well as volunteering many hours each year to Region 8 Gymnastics. She has been recognized for her service and accomplishments with her 2015 induction into the Region 8 Hall of Fame. Colleen is so happy to continue being a part of what she loves. She currently runs the business and coaches the lower level team where needed, but her favorite levels to coach are 5 and 6. Her gymnastics career was a very memorable time in her life. She became a State and Regional Champion as well as part of a Level 10 National Championship team. She graduated from Shorecrest Preparatory School in 1996 and from there was offered a full athletic and academic scholarship to Louisiana State University. At LSU she became an All American on Balance Beam, received All SEC in the All-Around, was an Academic All American and was named Team Captain for two years. She was also a member of the Student Athletic Advisory Committee and was involved in the Omicron Delta Kappa National Leadership Honor Society. She graduated from LSU in 2000 with a degree in Kinesiology and a minor in Psychology. She continues to support LSU and is an active Booster for their Athletic program. If that wasn’t enough, she is also chair of the LSU Gymnastics Alumni Events. She has two younger siblings that reside in St. Petersburg. Her sister and best friend, Kimberly, works with her father; running their commercial Real Estate business called KBarger Realty and her brother Mick owns his own t-shirt shop, Founding Fibers. She wants to encourage everyone to always believe in their dreams! Dreams are what get you started – Discipline is what keeps you going. Contact: tbturners@tampabaypos.com 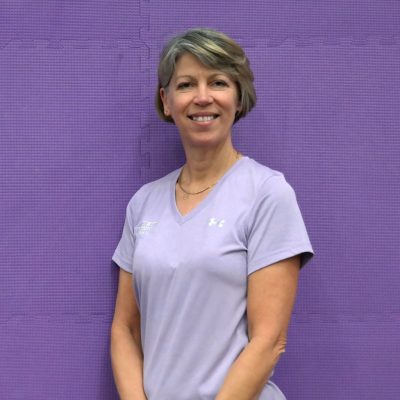 Tampa Bay Turners is proud to have Diane Amos as part of our coaching staff. Born in Santa Cruz, CA, She came to FL in 2005 to be near her husband, Bob Draga. They were married in 2009 and are the proud parents of a newly adopted puppy, Truman. Diane’s career has been long and rewarding: 1983-1984 Coach at Puget Sound Gymnastics with owner Brad Loan. Coached Yumi Mordre. (National Team, World Team, Pan AM Team and 8th AA at the Olympic Trials) 1984-2005 Coach at West Valley Gymnastics School with owner Mark Young. Team director 2000-2005. During this period coached two-time Olympian, Amy Chow and 9 other elite athletes including Jackie Nguyen, 1998 Jr. National Team Member. Diane also coached 2 Level 10 AA champions and numerous JO event National Champions, nearly 2 dozen NCAA Scholarship athletes and served as a speaker and clinician at many Regional Congresses and Camps. 2004-2005 State TOPS Director for Nor-Cal. 2001-2003 Coach at the ALL Japan Junior Championships 2001-2009 Nationally Rated Judge 2006-2013 Assistant Coach, Yale University 2006-2008 Developed Beam Curriculum and trained beam staff for International Gymnastics Camp for Bruno Klaus 2005-Present Choreography/clinician both nationally and internationally 2013 became Level 9/10 beam and floor coach for Tampa Bay Turners. She loves to coach all levels of gymnastics from the foundation up! 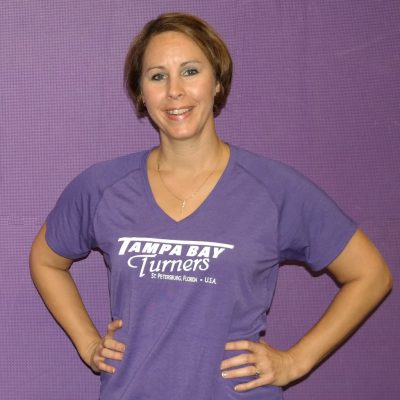 Carlee Bingham was born and raised in St. Petersburg Florida. She graduated from Northeast High School in 1994 and has been coaching gymnastics ever since. She has always loved gymnastics. It is a true passion of hers and she enjoys being a part of the TBT family. She deems it a great honor to be at TBT among not only the best staff and owners, but among some of the best kids as well. She has been an employee of TBT since 2001, but previously coached at a local gym for 8 years. She currently coaches preschool classes, Tiny Turners half-day camp, and 2-8 competitive levels. She really appreciates the creative side of gymnastics: making new drills, creating catchy tunes to coordinate with skills and/or developing fun new lesson plans! She considers the opportunity to touch so many children’s lives a blessing; even if it is only for a short period of time. She cannot imagine a more fulfilling way to spend her time. Carlee will be finishing her degree in elementary education in the spring of 2011. She has two wonderful children of her own who she considers the sunshine in her day. She has also been married to her high school sweetheart since 1996. Carlee’s favorite event in gymnastics is Bars, which allows her to watch every child grow in strength and confidence in this challenging yet wonderful sport.Further Accolades:– CPR/First Aid Certified– Staff Credential for TBT’s Tiny Turners Program Contact: carlee2176@gmail.com 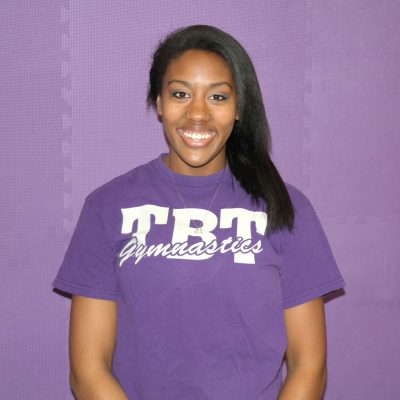 Alicia Hallesy is originally from Kansas City, Missouri. She moved to St. Petersburg in 1999 and is the youngest in her family. She has two brothers, one of which lives here whereas the other lives in St. Louis, Missouri. Her long-distance brother is married and has made her an aunt of five – the youngest three being triplets! Alicia has been with Tampa Bay Turners since 2002 and has been coaching competitive team gymnastics for over 10 years. She loves going to competitions, however, she especially loves when TBT hosts them. She appreciates to see the other teams gather from all over and thoroughly enjoys meeting new people, which suits her bubbly personality. Her interests outside the gym are watching and attending Florida Gator games and Tampa Bay Rays games! Among all of that, she just loves to have fun and relax with great friends and family. Contact: gymgrl247@hotmail.com 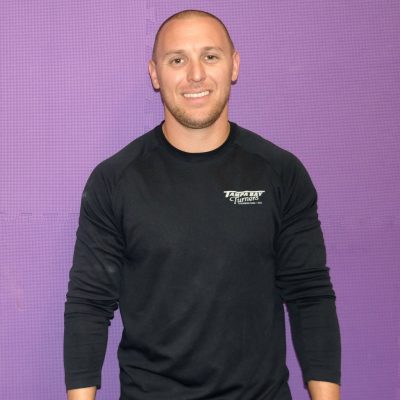 Jesse graduated with a degree in economics from Indiana University. He was a three time Senior National Finalist in Diving, as well as team captain. He was the USA team captain at the 2007 World University Games in Bangkok, Thailand. Jesse has been coaching gymnastics for 14 years. He is the former head coach & program director at Atlantic Coast Gymnastics. From 2013-2014 he was a team coach at Gymdandys. He was inducted into Glassboro High School Sports Hall of Fame in the fall of 2014. Contact: jesse.rappaport@gmail.com 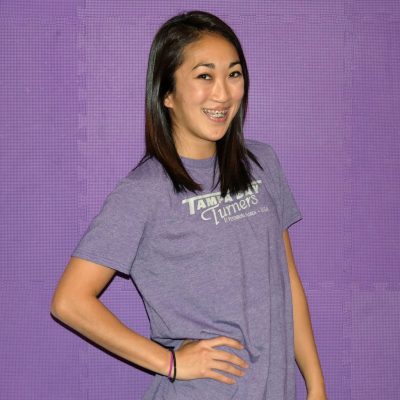 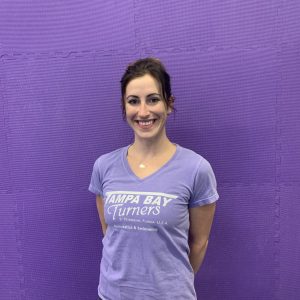 Mallory Credito was born and raised in the city known for its chocolate, Hershey, PA.  She went to the University of Pittsburgh and was a gymnast for two years and later team manager on the University of Pittsburgh’s Women’s Gymnastics Team. She graduated a proud panther with her major in Communication and Rhetoric and a minor in German Language Studies.  She began coaching in 2012 and hasn’t stopped since. She has experience coaching all levels, and truly is passionate about having a positive impact on children’s lives.  Gymnastics is not only a sport, but the clay the molds the rest of a child’s life in lessons of dedication, passion, hard work, and perseverance. It is also incredibly fun to feel like you can fly and be a member of a team that later become sisters! Mallory loves to travel and has lived in Vietnam as an English teacher, Berlin as a student, among many others. She also has a great passion for working out, contortion/the circus arts, reading, cooking, and painting.  She is always striving to learn more, as then she can continue to grow as a coach. Her contact email is: mgymnast@msn.com 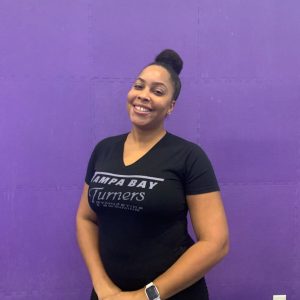 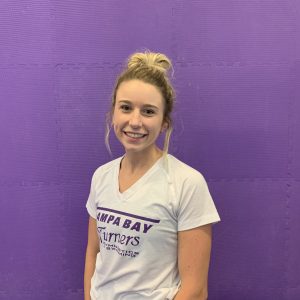 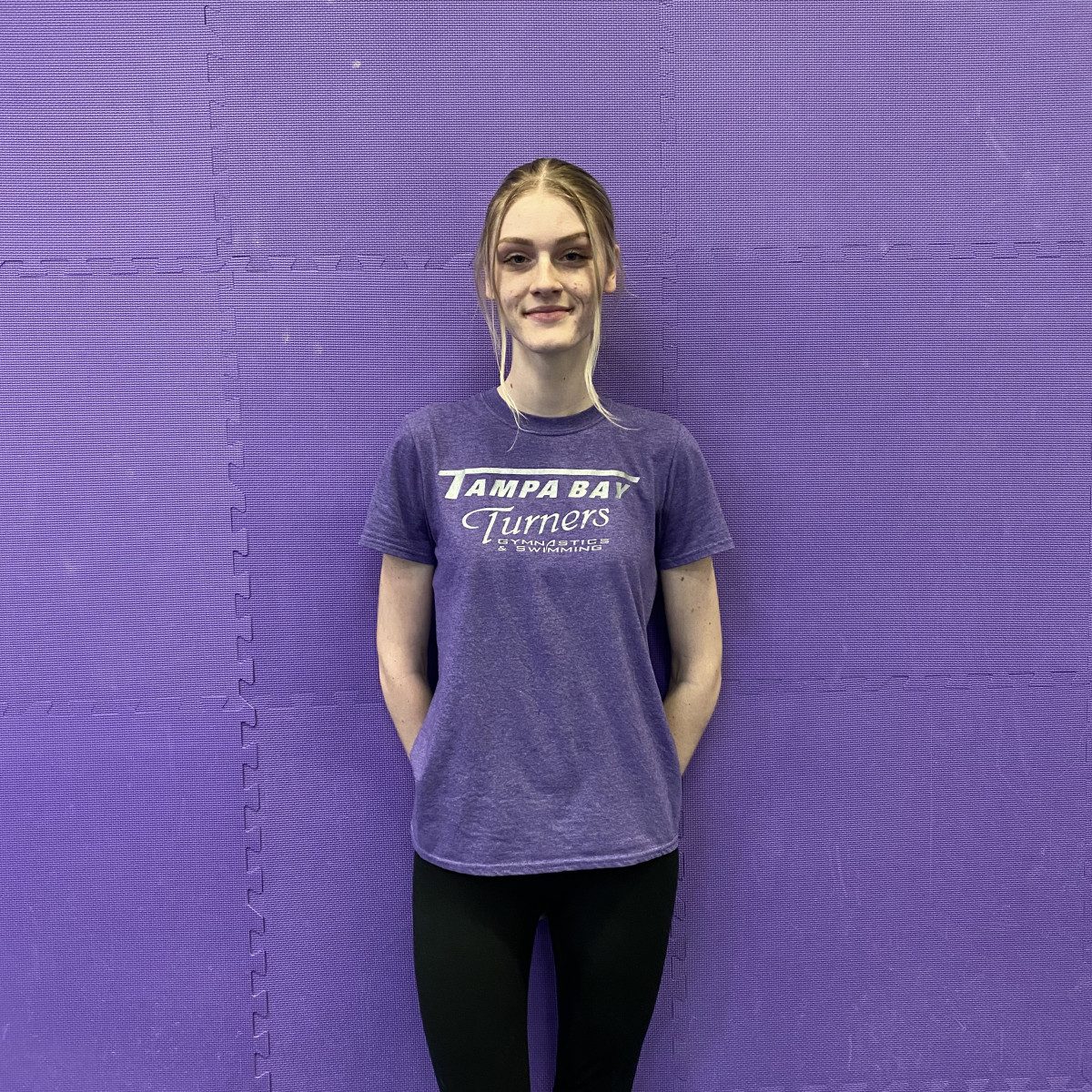 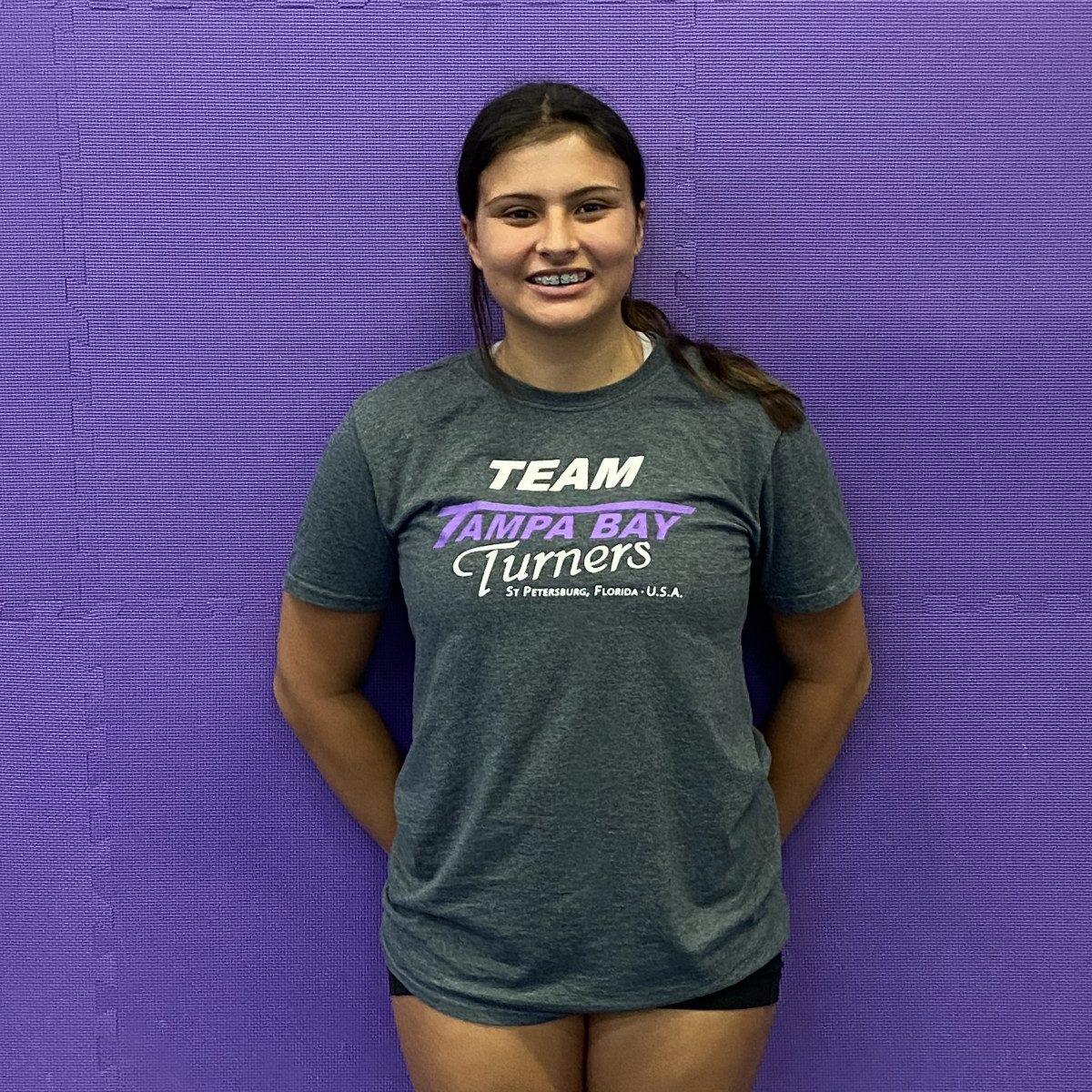 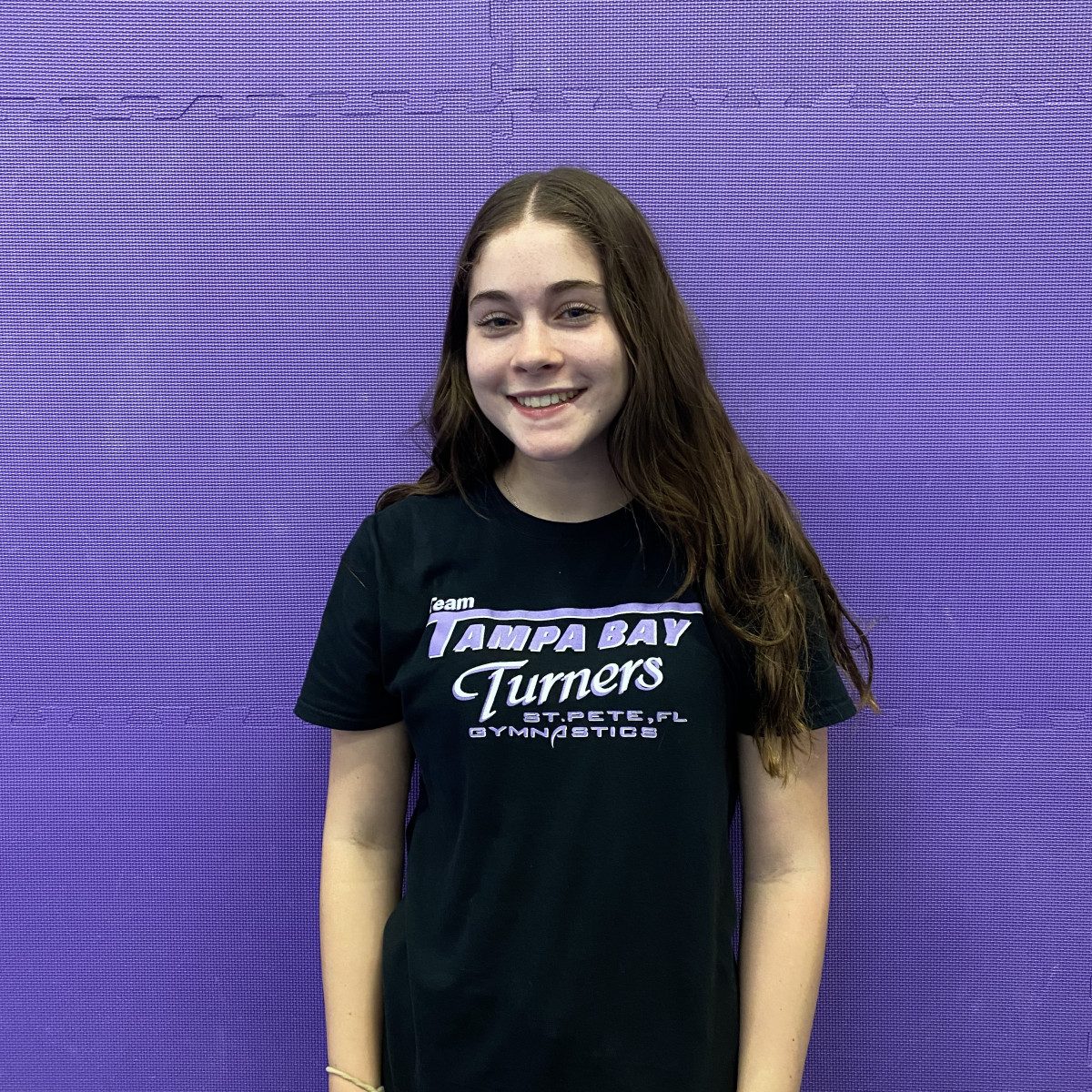 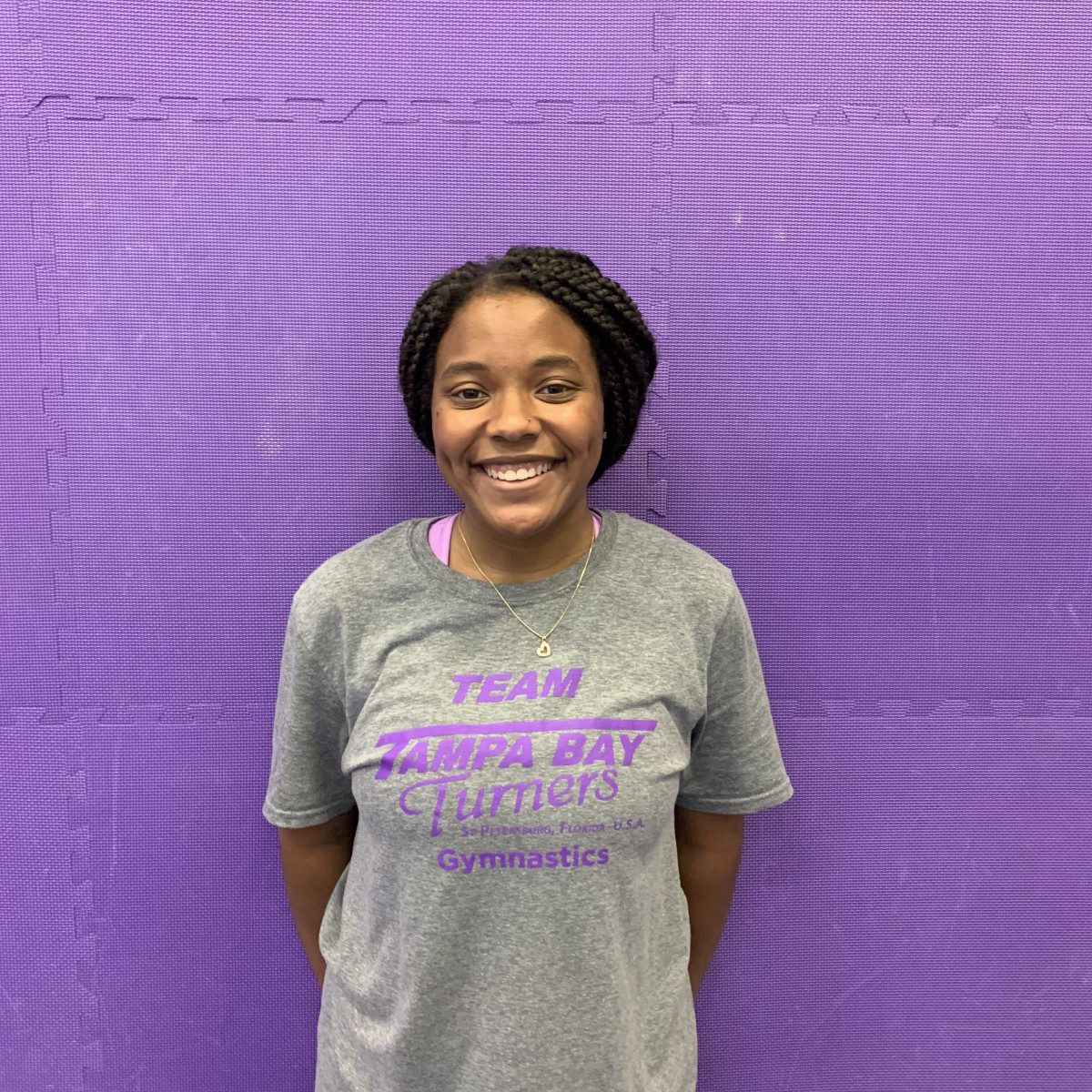 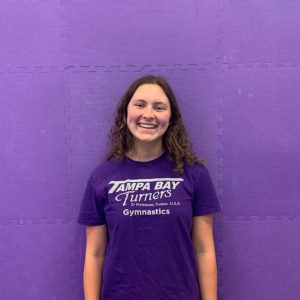 All Swim Instructors are CPR and lifeguard certified. 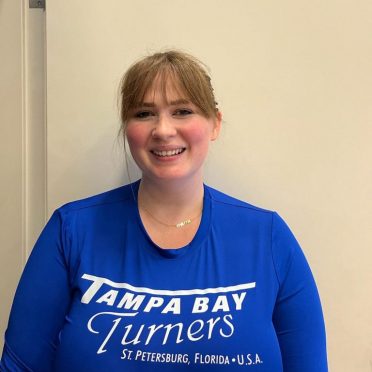 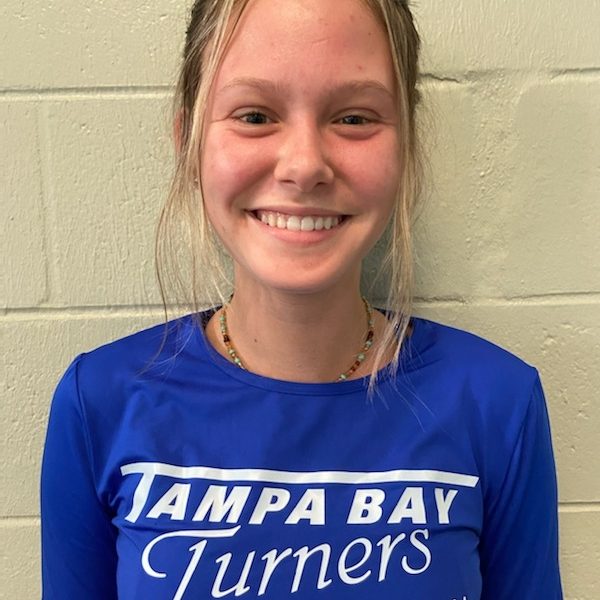 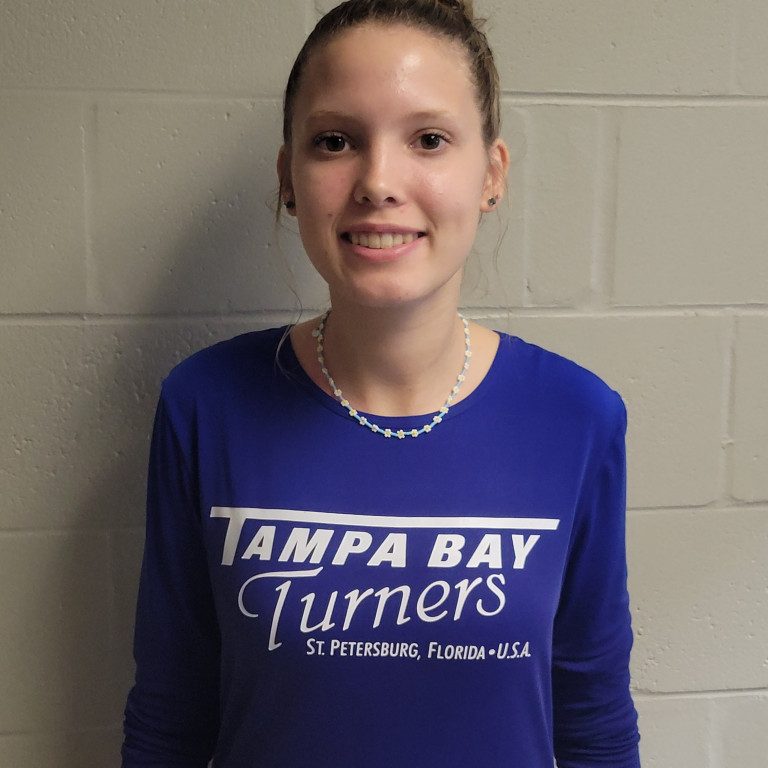